This Is Big Sky Country –
The sign reads that the dam is 28 feet above streambed with a capacity of 526,800
acre-feet. The reservoir area is 24,800 acres. The crest of the dam is 840 feet
and the width is 20 feet. Crest elevation is 4,552. The dam is owned by the United
States Bureau of Reclamation. 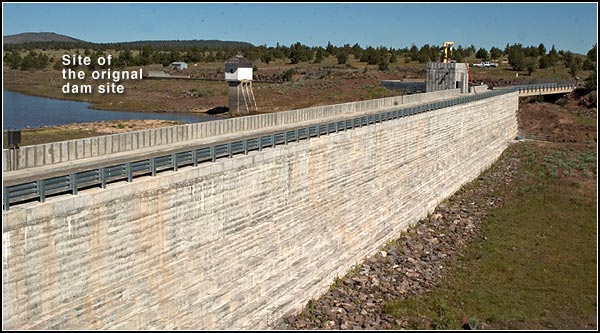 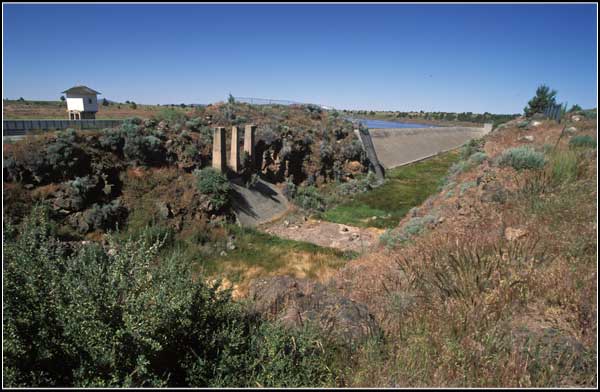 This Is Where The Original Dam Stood –
The original dam was constructed of rockfill and was completed in 1910. It was
42 feet (13 m) tall from the bottom of the foundation to the crest, 32 ft (10 m)
if measured from the crest to the original streambed. It was replaced with a
concrete dam near the old dam. The old dam had deteriorated and the water level
was kept low to prevent it from failing. Its crest is at the same height as the
old dam and the reservoir’s capacity is about the same.
To see more about the Klamath Reclamation Project 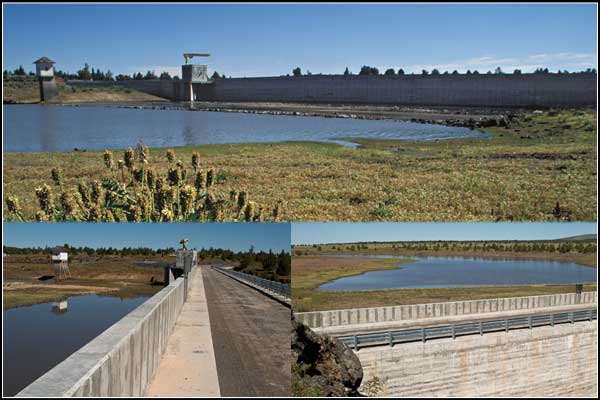 Water Comes, Water Goes, Seasons Come and Season Go –
The average depth at maximum capacity of Clear Lake is only about 20 feet. It has a
very high rate of evaporation. In 1998, 74,500 acre feet of water from the reservoir
evaporated, more than any other lake in the state besides Shasta Lake, which has
over eight times the volume. This is a problem since the dam now provides water for
irrigation of the eastern half of the Klamath Basin. 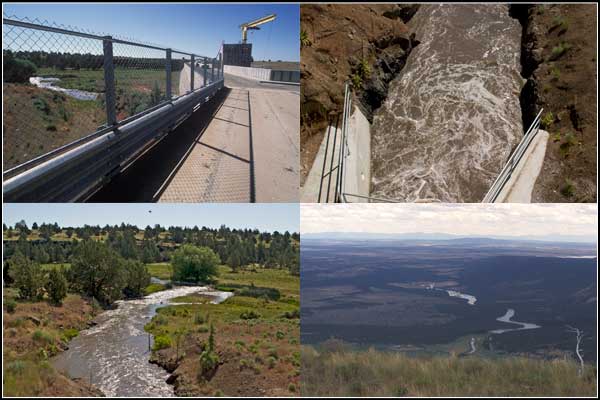 To see more about Pelican Banding