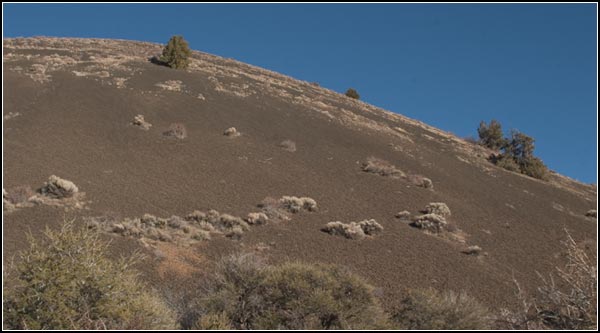 Atop Schonchin Butte is a fire-lookout station.
Schonchin Butte is a cinder cone that grew from the accumulation of volcanic bombs,
cinder and ash. Under great pressure, these materials exploded from a vent connected
to reservoirs of gas charged magma deep underground. Schonchin Butte rose over
400 feet in a period of months. We are now going to climb to its top, elevation 5,302 feet. 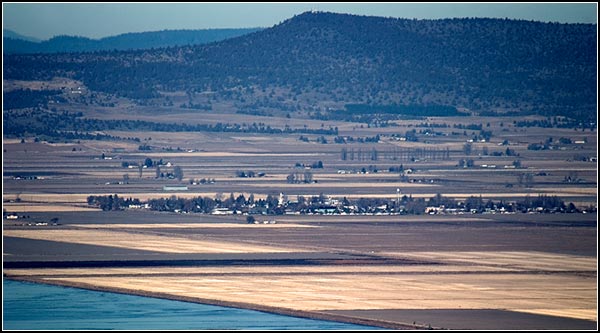 Looking North-Northwest across Tule Lake Basin at Tulelake, California
With the opening of the 1922 homesteads, plans were drafted by the Reclamation Service
for the town site of Tulelake seen sitting in the middle of reclaimed Tule Lake.
Years passed before the first public auction of lots was held
on April 15th, 1931. 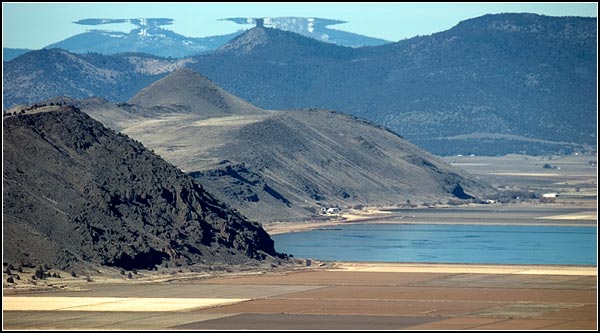 Looking North-Nortwest along Sheepy Ridge towards Stukel Mountain in Oregon.
Extension, the process of pulling the earth’s crust apart, created Tule Lake.
Volcanic activity in the area began 15 million years ago. Active lava flows in the
area are as recent as 1,000 years ago. 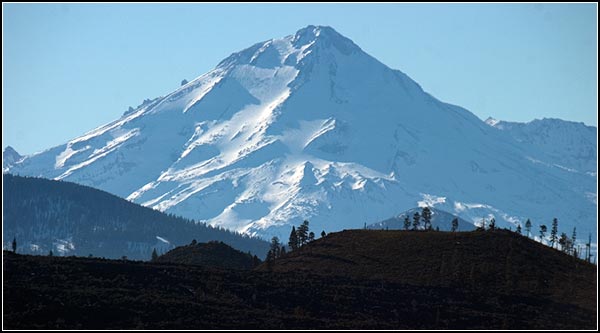 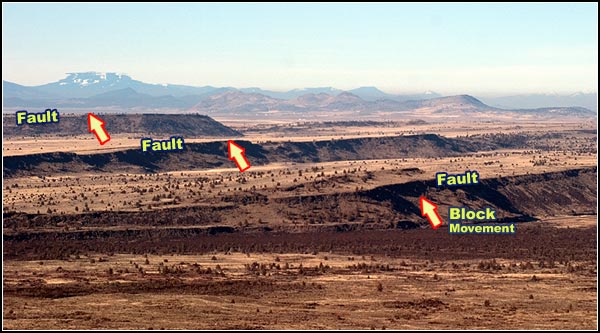 Looking North-Northwest towards the Southern Cascades,
Klamath Falls, Oregon and Crater Lake.
In recent geological times, the landscape here has been slowly pulling apart
as large pieces of the earth shift. The fracturing caused by this expansion is seen
in this series of fault scarpes. Some of the lava in this area came up through faults,
and when it flowed it followed inclines established by faulting. 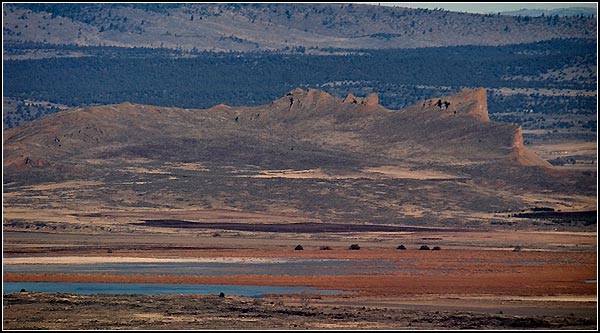 Looking Northeast at the Peninsula – Castle Rock.
From this vantage point you can see the volcanic origins of the Peninsula’s
cinder and rampart formation. This was once a volcano. 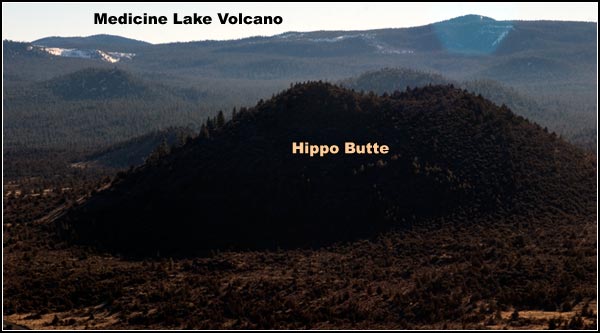 Looking South At The Medicine Lakes Highland, largest in North America.
Medicine Lake Volcano, in the background, is a shield volcano similar to the Hawaiian Volcanoes.
Over the last half-million years it has been built up by successive outpourings of lava,
creating a shield-like form. The youngest flow on the volcano is Glass Mountain, formed
during an eruption less than 1,000 years ago. At the summit is a crater, or caldera,
which measures seven miles across and contains Medicine Lake. Winter is a great time
for snow mobiles and cross-country skiing on the mountain.