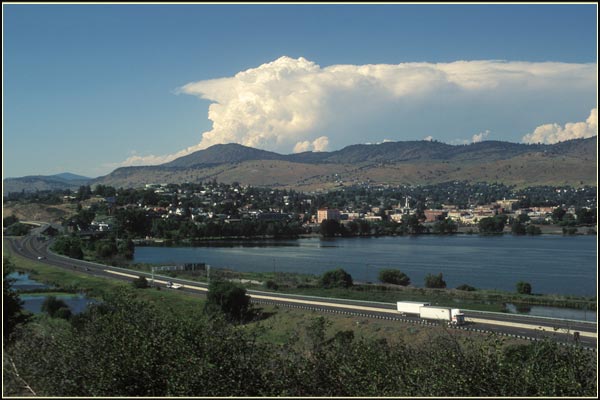 Klamath Falls on a summer day
Klamath Falls, Oregon, elevation 4,099 feet, sits at the southeast end of Upper Klamath
Lake in a high desert landscape. It has a population of 20,840 – 2010 census. Altamount, an
unincorporated community of 19,257, shares the southeast border of Klamath Falls’
city limits. The older part of the city is located above natural geothermal springs.
These have been used for the heating of homes and streets, primarily in the
downtown area. Downtown Klamath Falls is home to three entertaining and
informational history museums along with historic murals and buildings.

Klamath Falls, sitting in the rain shadow of the Cascade Mountains, features a climate
with cold snowy winters along with hot summer afternoons and cool summer nights.
Typical of its region, Klamath Falls has a dry season in summertime,
with the greatest precipitation occurring in wintertime, much of it falling as snow. 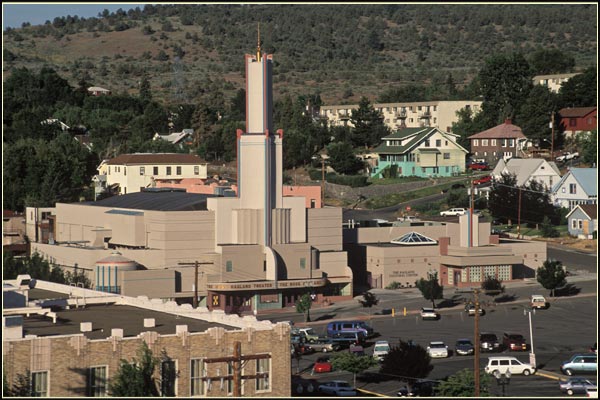 It was a broad-based Klamath Basin community effort that renovated the 1940 Art
Deco styled Esquire Theater into the Ross Ragland Theater heralding
the rejuvenation of the Klamath Falls downtown area. Extending the city’s
geothermal line to the Ross Ragland encouraged the municipal use of
renewable energy. Most importantly, community interest in the performing arts
was revived. Today, The Ross Ragland Theater and Cultural Center serves,
educates and inspires over 100,000 individuals annually.
For entertainment updates visit RossRagland. 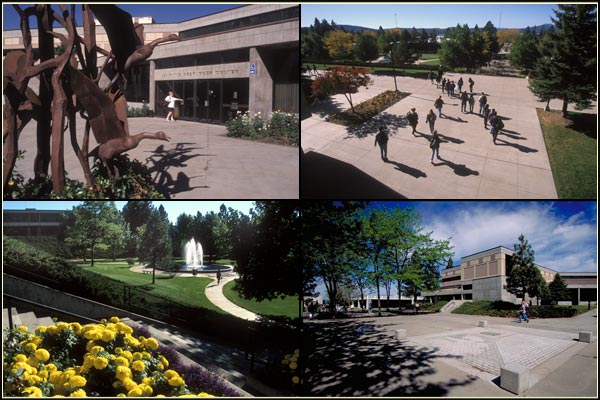 Oregon Institute of Technology
The present Tech campus overlooks Upper Klamath Lake on the outskirts of
Klamath Falls, and is directly adjacent to Sky Lakes Medical Center.
The fall class of 2014 had 4,218 undergraduates and 55 postgraduate students.
Oregon Institute of Technology, also known as Oregon Tech or OIT, is one of
seven Universities in the Oregon University System, and the only public institute
of technology in the Northwestern United States. Oregon Tech provides degree
programs in engineering and health technologies, management, communications,
psychology and applied sciences through hands-on learning. 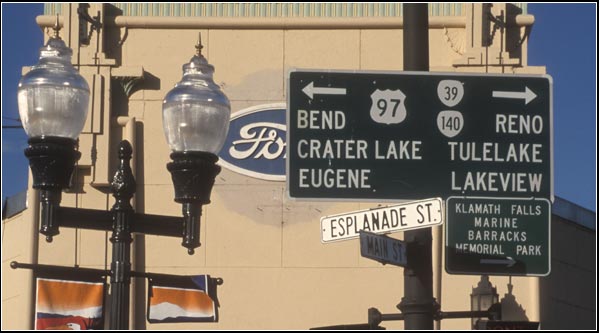 And here we are, north and south, in the middle of things.
Over the Cascades, to the west, are Medford, Jackonsville, Ashland and Interstate 5.
There is shopping and dining in downtown’s Main Street district as well as
throughout the city and South Sixth Street areas.
Here is dining information.