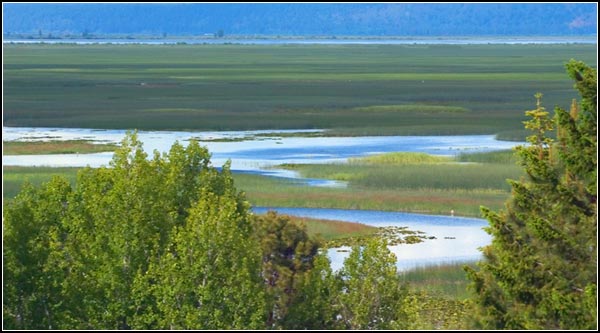 Man and wildlife coexist in a controlled natural environment.
Upper Klamath National Wildlife Refuge is located some 24 miles north of Klamath Falls,
Oregon. Crater Lake National Park lies approximately 20 miles north of the refuge.
The refuge is on the northwestern side of Upper Klamath Lake. 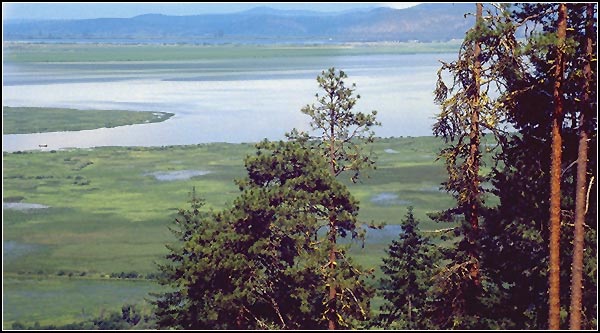 Between mountain forest, creeks and lake.
Upper Klamath National Wildlife Refuge, now comprising 14,966 acres of swamp and
open water, was established in 1928. At an elevation of slightly above 4,000 feet,
it lies in the shadow of the forested east base of of the Cascade Mountains and
is watered by mountain streams and deep, clear springs. 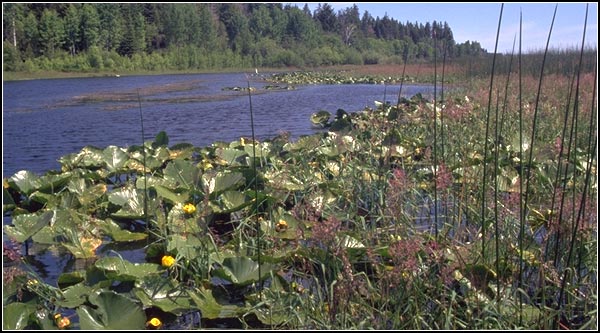 There is much to do and much to see.
Popular recreation activities on Upper Klamath national Wildlife Refuge include
fishing, wildlife obsevation, canoeing, photography, birding, boating and waterfowl hunting. 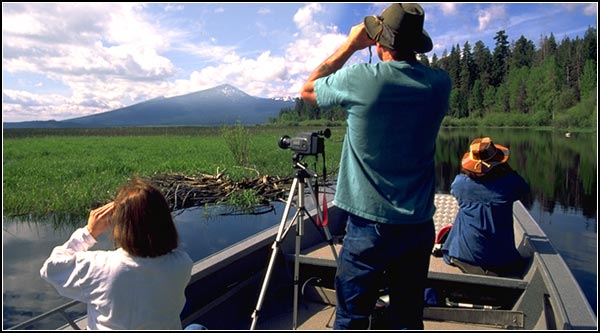 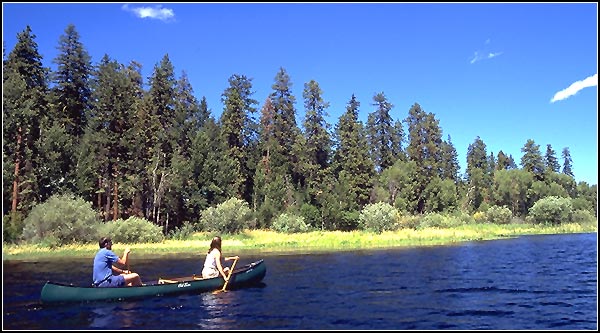 Canoe trail through paradise found
The Refuge cooperates with the Forest Service to sign and maintain a two loop canoe trail
through the Klamath Marsh. About two-thirds of the 8.5 mile canoe trail route is on
Refuge waters, with the balance on Forest Service property.

A Bald Eagle nest along Recreation Creek
Several bald eagles live year-round in trees near the refuge. Bald eagles can be
seen coming and going to and from the marshes and open water in search of food.
They will also sit in trees near the water’s edge, looking and listening.
“… we saw eagles everywhere… it was the closest we’d ever been to a
bald eagle and perhaps, to each other…” Sunset Magazine. 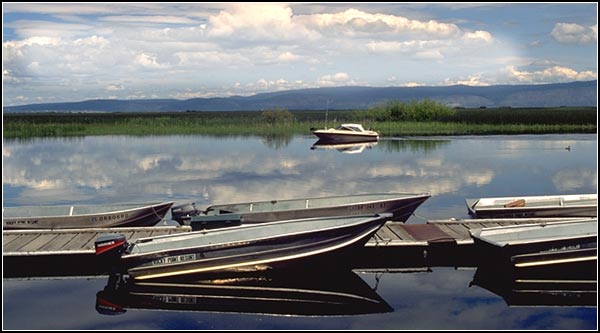 Step Back In Time
In the early 1900’s Rocky Point Resort along with Harriman Springs and
Point Comfort Lodge, was the gateway for travelers going to Crater Lake.
Eating a fine meal on the resort’s outdoor dining area, overlooking the marsh,
is time well spent. 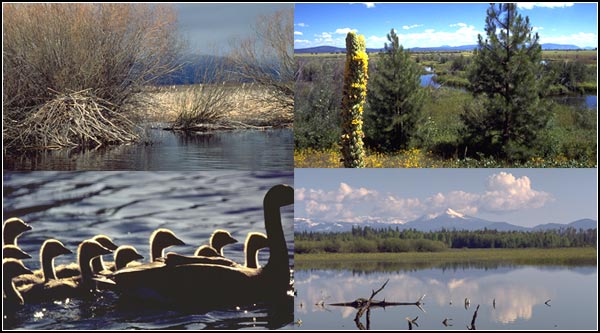 Abundant diversity, textures, sounds and light
The season roll on through the marshes and open waters of Upper Klamath National
Wildlife Refuge. The star filled skies are celestial poetry in motion, here the
Milky Way shimmers in volume and brightness. On the ground the rhythms of survival
and regeneration run their course. Listen to the marsh songs and a bald eagle diving at a fish. 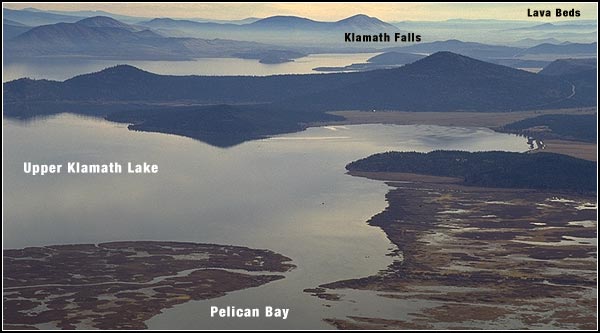 Water, Marsh & Land
This view from Pelican Butte looks down on Upper Klamath National Wildlife Refuge,
Upper Klamath Lake and Pelican Bay’s mouth. Pelican Butte is a snow mobile destination
in the winter. In the summer it is the big view of a remarkable land – north,
east, south and west. 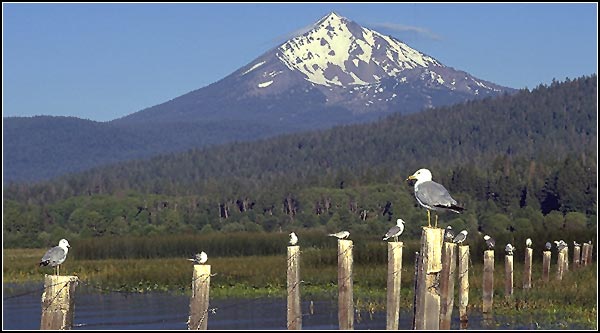 It is easy to see why here was called America’s Switzerland
Mt. McLoughlin, 9,495 ft., provides an enchanting backdrop for resting sea gulls.
Not that long ago steamboats came up this bay with passengers and cargo. 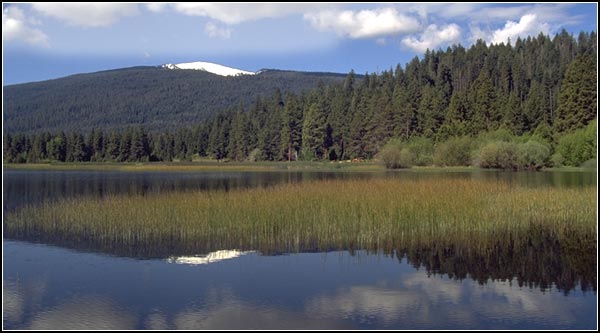 We can all be one with an amazing world
Upper Klamath National Wildlife Refuge is unique among the six Basin refuges
for its vast tule marsh, drowned stream channels outlined with willow-lined banks
rising above impounded waters, and coniferous forests on steep mountain slopes along
it’s western boundary.