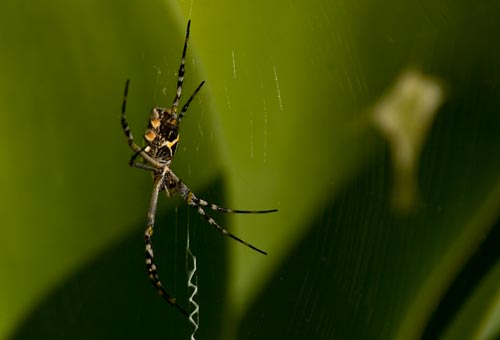 This spider has been busy for weeks. The kite like structure
in the right background is one of two suspended on the agave. 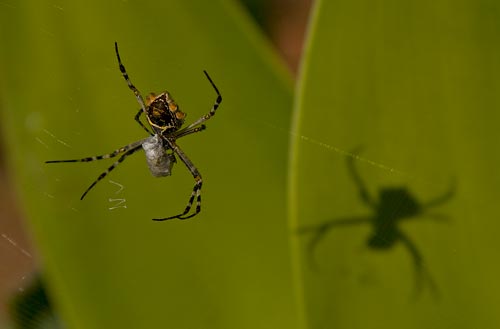 The wait is rewarded with captured prey. 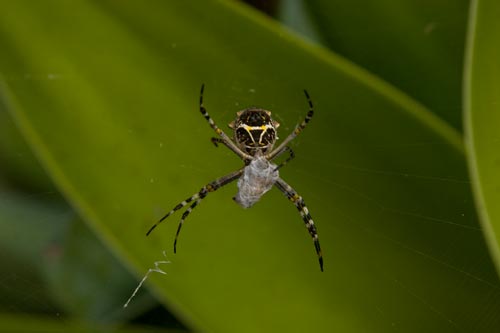 The wait is rewarded with food in a wrapped cocoon. 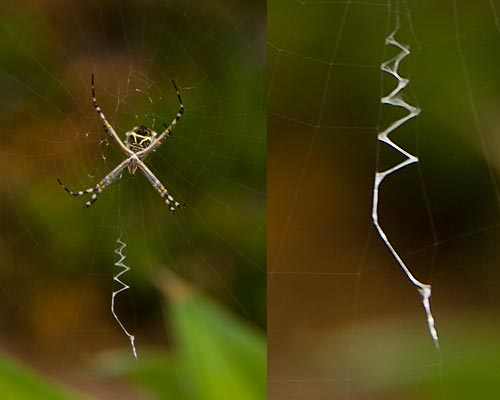 Teach a spider how to lure…

Who are these little critters? 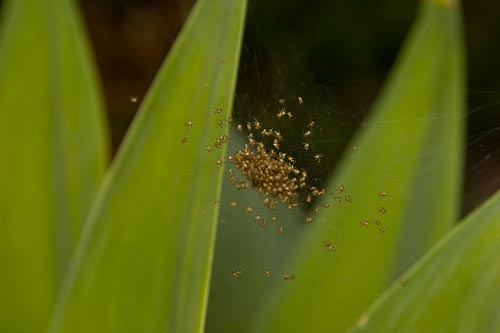 Over night a small cluster of insects appear suspended in a web
near the spider. Are they related? 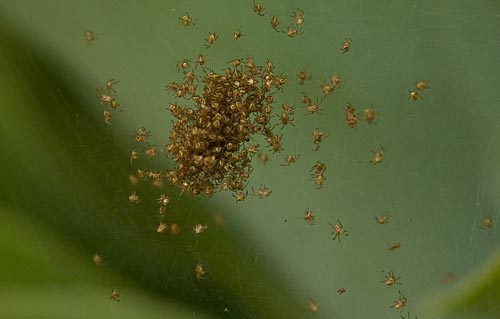 As the day warms up they begin to spread out.

Little bugs and their shadows. 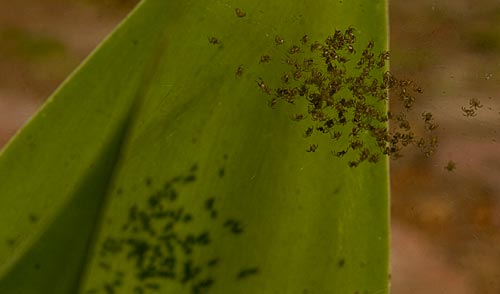 Soon these bugs will gather together again for the night.
There were three of these bugs blooms over the course of two months.

A spider and its web. 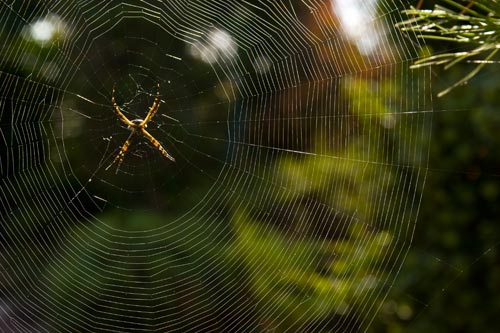 The web was anchored south by a pine tree and north by an agave.
There were a stretch of high winds that destroyed the web.
The next day the spider was rebuilding the web in the same place.

An ability to adapt. 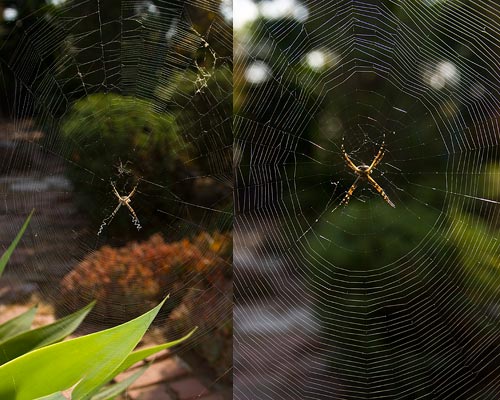 Again, the wind blew the web away. Now the spider weaved a web
in the pine tree running east – west, protected from wind.
But here it was not visible. After a couple of days of no
captures, and the winds dying down, the spider went back to
its original position, pine to agave, south to north. 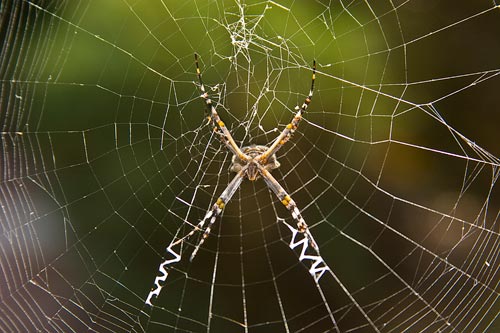 Two lures in a web is better than none. As the seasons change
and temperatures drop there are fewer flying insects to be caught. 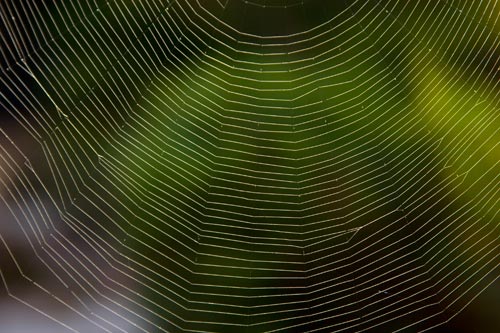 After the winds had destroyed the web the spider began anew
with great and efficient precision. 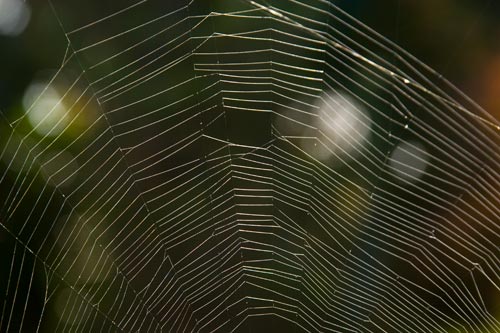 After a couple of days the web starts lose its geometry. 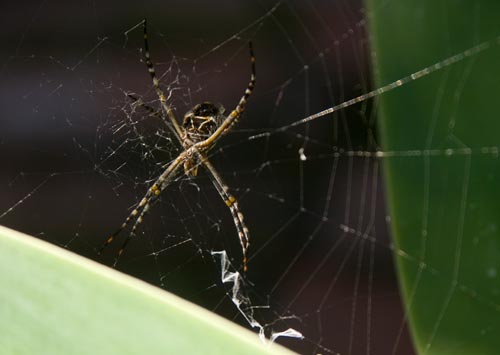 The nights are becoming colder. The spider is climbing down at night
towards the agave for warmth. There has been no sign of spider food
in its web. Tough times for a spider.

A formal portrait with shadow. 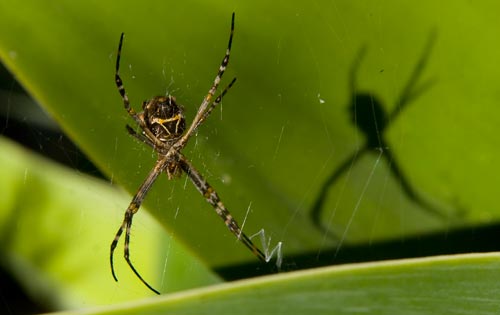 This spider had body parts that glowed in the sun like gems.
It adapt to conditions until it couldn’t. It was a spider.

There will be more to this page as we reflect on this spider’s journey
through heat-wave, rains, winds and a freeze… 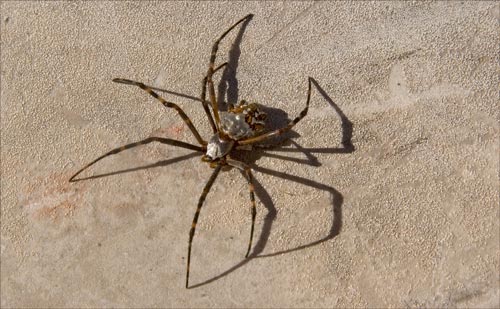 An end comes to all creatures great and small.