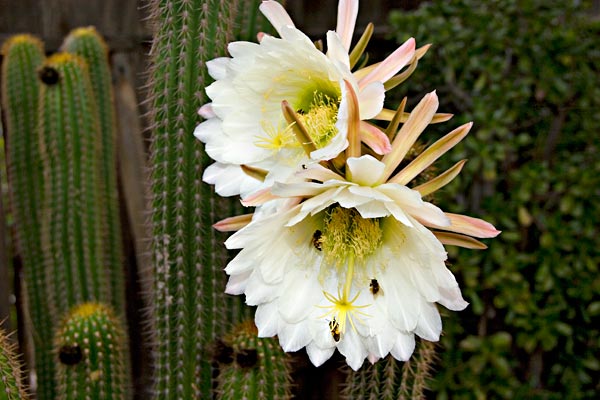 Do You See The Resemblance to a Church’s Organ Pipes?
The older plants produce three-inch funnel-shaped white flowers annually have a
purple or pink tint to them. This year, untypically, there are more flowers on
this cactus by a factor of three or four. 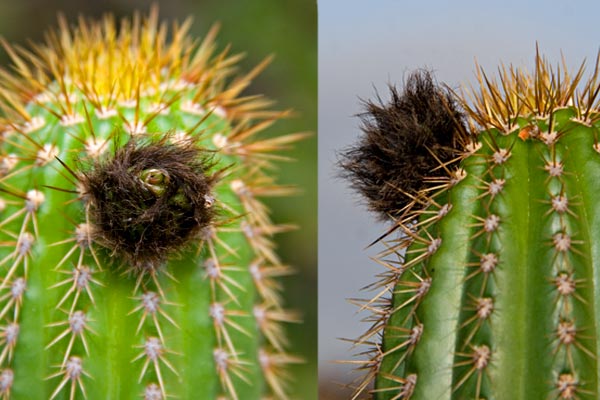 All Things, Great and Small, Must Start Somewhere
Aeroles begin near the stop of the stem. These are wooly, created by multicellular hairs, circular shapes that will become flowers and possibly fruit if fertilized. 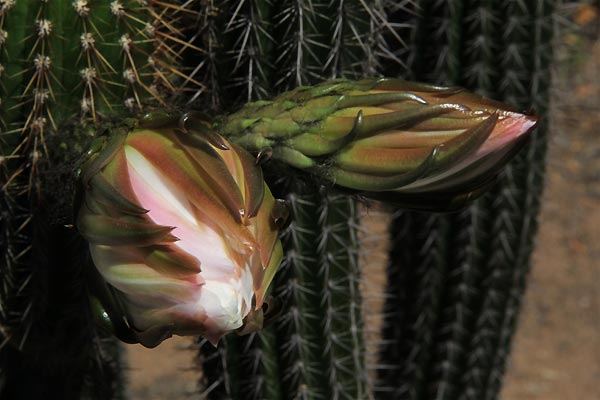 Tonight is the Night
It has taken weeks for the aeroles to evolve into a what will become an open flower this evening. Uncharacteristically, some flowers opened in the afternoon and remained open most of the next day. This could be uncharacteristic actions taken by cactus dealing with uncharacteristic conditions. The typical behavior would be for the flower to open at night and close up by noon the next day. 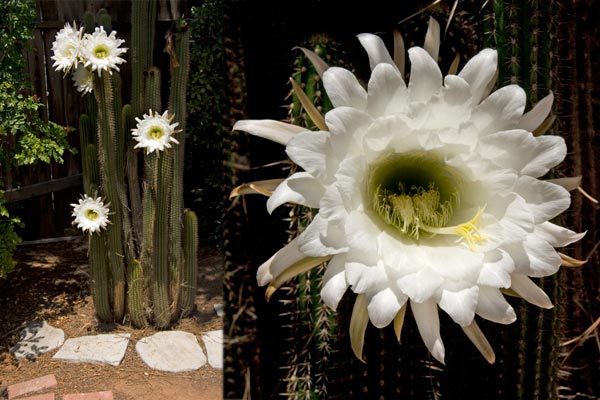 An Elegant Princess of the Night
The flower buds of the slow growing organ pipe cactus grow from the tip of the stems. The cactus has many buds which open up on different days so that the flower season can last for many weeks. They bloom annually from May to July. 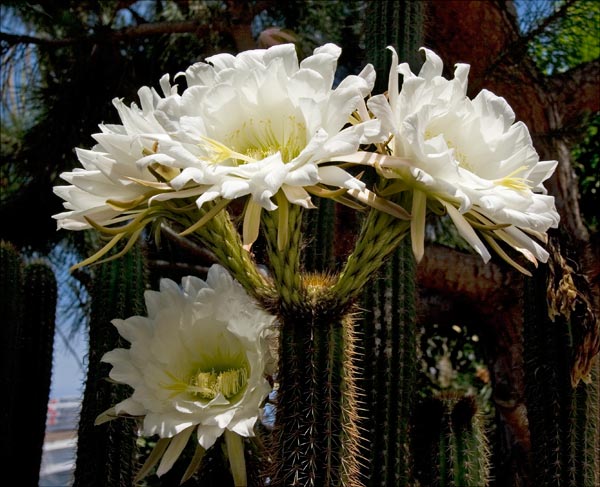 A Sweet Smelling Flowering Display
The organ pipe cactus grows only in the Sonoran Desert. It is found from southwestern Arizona south to Sonora, Sinaloa and Baja California in Mexico. Organ Pipe National Monument in Arizona was created to protect the cactus in its northern most range. 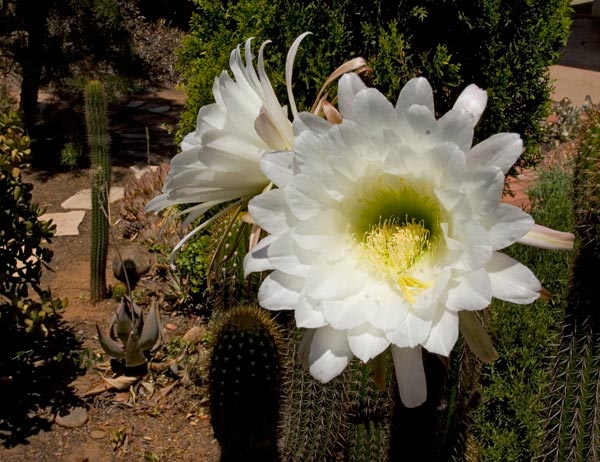 Nature Being Nature Can Be a Beautiful Thing
This cactus flower is on a stem that broke off from the pipe organ cactus featured
above. Another transplanted fallen stem can be see in the left background that
produced magnificent flowers a couple of years ago – none since. 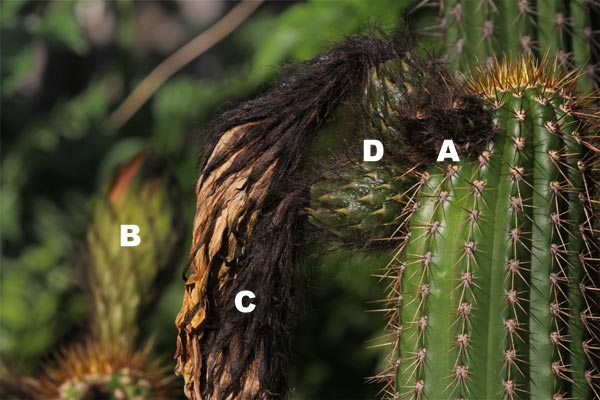 Four of Five Stages
A – Areoles beginning to form the flower. B – Areoles ready to open up.
C – Dried flower. D – Fruit developing. And this is the way it was and you were there.
An interesting note is that the pipe organ cactus needs shade during the first couple of
in its seedling stage. The organ pipe cactus will develop an efficient root
systems as it ages. The roots will soak up all the rain water and the protective nurse
plant or tree will eventually stop growing or die. No one promised them a rose garden. 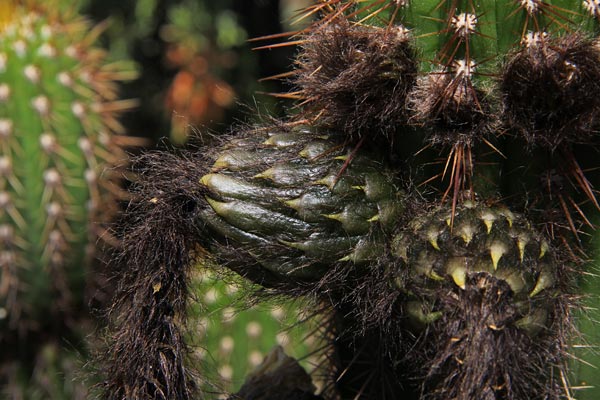 Developing Fruit
Will Anders taste the pipe organ cactus fruit? Some say it tastes better than watermelon.
Time will tell. At the moment, 06-10-14, all the fruit remains on the stems. Meanwhile, many beginning aerolas have fallen off.

The red fruits are large and spiny, and ripen in late summer. When they mature, they lose their spines and open to show an edible, red pulp. They
are sweet and fleshy, and are eaten by a variety of desert wildlife. It is a favorite with people also, who eat it raw, dried or turn it into jelly. It is also made into syrup and fermented into a wine-like drink.
Native Americans ate the fruit raw or dried it for storage. The wood of the ribs was used for building and turned into torches.